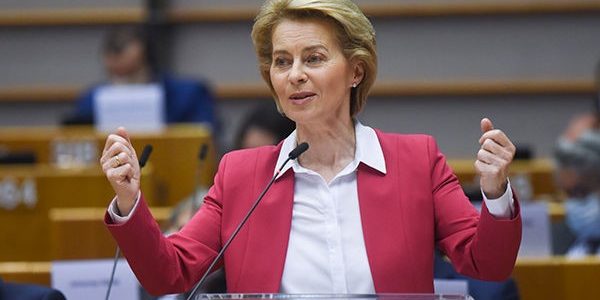 To respond to the social and economic damage caused by the Coronavirus pandemic, in May 27th 2020 the European Commission has presented its proposal (which will need to be approved by the European Parliament and by the Council) named: “Recovery Plan for Europe”. The plan is based on two key elements: an enhanced Multiannual Financial Framework (or the EU Budget) of 1,1 billion euros, and a new programme called Next Generation EU which allows the Commission to activate another 750 billion euros as soon as possible, issuing European bonds (“Coronabonds”).

These additional resources will be available until the end of 2024 and 2/3 (500 billion) will be transferred to the States as non-repayable grants, meaning that they will not impact public debts. The programmes are added to the measures already activated by the EU (SURE, EIB and health ESM) for a total of 540 billion euros.

The plan is based on three pillars which in turn are divided into instruments and actions. You can find a quick analysis and Q&A below.

Recovery and Resilience facility: the most substantial instrument of the entire plan: 560 billion euros of which 310 billions for non-repayable grants, the fund will support the investments and reforms that aim towards a sustainable recovery and a stronger resilience of the economies, with a particular attention to digital and ecological transformation, concentrating the resources in the areas mostly affected by the pandemic (like Italy).

REACT-EU: an assistance programme to support the recovery and the cohesion of the countries which will allow to allocate 55 billion euros (of which 50 from “Next Generation EU”) through the cohesion policy instruments in a flexible way, as to concentrate the resources in those areas where the economic and social impact will be most severe;

Just Transition Fund: in order to avoid that the ecological transition excessively damages those areas where the core economic activity is dominated by polluting methods which will soon become obsolete, the Commission has presented in January its proposal for a Just Transition Mechanism, which lists the creation of a 10 billion Just Transition Fund. Together with the proposal to base the recovery on the ecological transition, the Commission has proposed to quadruple these funds thanks to Next Generation EU.

Strengthen InvestEU, the principal European programme on investments, which followed the Junker Plan bringing its resources from 15,2 billion to more than 30 (15 from Next Generation EU dedicated to a new fund for strategic investments: the Strategic Investment Facility). The plan will provide a European public guarantee of 72 billion on investments, generating up to 400 billions in investments.

Solvency support instrument: with a budget of 31 billion euros (of which 26 from NextGenEU) this instrument will provide a public guarantee from the EIB of 75 billion which will allow to provide up to 300 billion euros to support companies and avoid the bankruptcy of healthy enterprises.

Third Pillar: Learn from the crisis

Eu4health: New health programme to equip and prepare Europe against future sanitary threats with a budget of 9,4 billion euros.

Enhanced RescEU: strengthening of the civil protection mechanism of the EU through subsidies and tenders managed by the Commission of up to 3,1 billion euros.

How is Next Generation EU financed?

To finance the necessary investments, the Commission will issue bonds on the financial markets on behalf of the EU. The strong credit rating of the Commission will allow it to obtain loans at a reduced cost, which will be covered temporarily increasing the limit on own resources currently in place.

Another important aspect of the plan is that the debt will not be repaid before 2028. Consequently, Member States will not be asked to provide an additional contribution to the EU Budget, at least until that date. Among the potential new resources that the UE could use to cover the financial costs (which would lower the contributions by the Member States), the Commission mentions the following: the extension of the exchange system of CO2 quotas of the EU to the maritime and air sectors (10 billion per year), a tax on non-recycled plastic, a web-tax on large digital companies (1,3 billion per year) and a mechanism to tax polluting imports from extra-EU countries (5-14 billion per year).

How many resources are destined to each country?

To access the funds Member States will need to draft reform and investment plans to implement with the support of the Commission. There will not be conditions tied to these funds, except for the respect of the programmes prepared by the Member States themselves and approved by the Commission.