The role of catalysts of innovation in organizations

You are here:
Articles 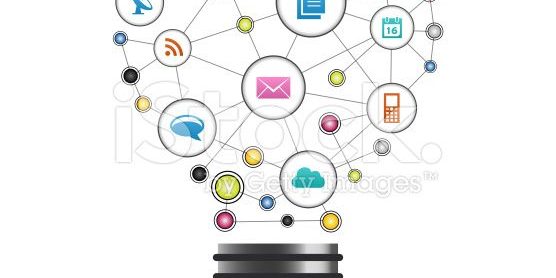 In this article we are going to focus on a specific role in the process leading to the generation of innovations played by a unique category of people whose contributions, although critical, get often ignored. They are not the “top innovators”, the ones who deliver the great invention, the patent or the final solution to a problem, but they are the ones who create the conditions for innovation to happen, who help the innovators to generate innovation. We are going to call them catalysts of innovation.

Squeezed in between the powerful rhetoric of leadership, and that of the collective “we”, organizations are at risk of forgetting intermediate roles that are instrumental for leaders to shine, and for teams to deliver. In the context of knowledge-intensive organizations, these are individuals who are not inventors themselves, but that inventors desperately need to substantially increase their innovative performance, and teams enjoy having around to effectively circulate critical pieces of knowledge and information.They seldom if ever are in the limelight, but try to remove them from the picture and see what happens to your star players…

Historically, while the myth of the solitary inventor has overshadowed the importance and role of his/her network of contacts to explain innovative productivity, the relevance of the surrounding social environment for the generation of innovation is well established in the literature. Thomas Edison for instance, the quintessential lone inventor, wasn’t so lone after all. As detailed by Hargadon’s fascinating account of how breakthroughs happen (2003), key to the invention of the electric light bulb was “the web around [Thomas] Edison … thick with ties to other people, ideas, and objects that together made up his particular ‘invention’ […] “Ignoring these connections – further argues Hargadon – hides central insights into how innovations unfold” (Hargadon 2003: 7). However, acknowledging the importance of an inventor’s surrounding social context to explain his/her innovativeness is just the first step to understanding how innovation happens in organizations. Indeed saying that an inventor’s social circle matters does not necessarily imply that everyone around that inventor is equally relevant to foster his/her creativity.  Some people are clearly more important than others when it comes to catalyzing their colleagues’ innovativeness. It is not by chance that the first words ever uttered on a telephone were Graham-Bell’s calling for his assistant to come over at once: “Watson, come here! I need to talk to you!”

Being able to better understand who these catalysts are and how they operate is an important (and low-cost) way of increasing the innovative potential of organizations through a more efficient use of the human and social capital of its employees. But how can we recognize and identify them? How different are they from the classic figure of the innovator? And what is their actual impact on the organization?

A study conducted on a large group of elite scientists (276 scientists, researchers and engineers working in the R&D department) at a multibillion dollar high tech company (Tortoriello, McEvily and Krackhardt 2015) answers such questions, shedding light on the identity and the role of the innovation catalysts.

First of all, the study clearly shows how different the catalysts are from the innovators: they have distinct behavior, different productivity, and different inclination to share information (a sharing process which is crucial to make innovation happen). Of the 276 researchers, 39 (14%) were classified (according to a set of tests) as catalysts; and 21 (8%) were classified as innovators. The overlap between catalysts and innovators appeared to be minimal: only 4 individuals out of 276 (1.5% of the sample) were both innovators and catalysts).

The implications of such findings are very relevant for innovation management. Indeed, they call for a greater attention to the ancillary role of special categories of individuals (i.e. innovation catalysts), since by leveraging such people organizations can significantly increase their innovative potential without necessarily increasing the amount of money they invest in R&D.

However, the practical implications of the concept of catalysts of innovation expand beyond the field of product innovation. For instance, this approach could lead to a completely new way of managing processes of organizational change and facilitating the digital transformation that many companies are undergoing in recent years. Catalysts of innovation could be leveraged to motivate, inspire, lead such changes in the organization and support others in the transformation process. They could also be leveraged to enhance organizational performance as they can support other individuals’ ability to elaborate better strategies and to get things done.

Catalysts of innovation are a hidden treasure inside organizations: after years praising and chasing the innovation-superstars it’s maybe time to look at those players that “make the team” and create the conditions for others to score.