You are here:
ActualityArticlesEuropean Parliament 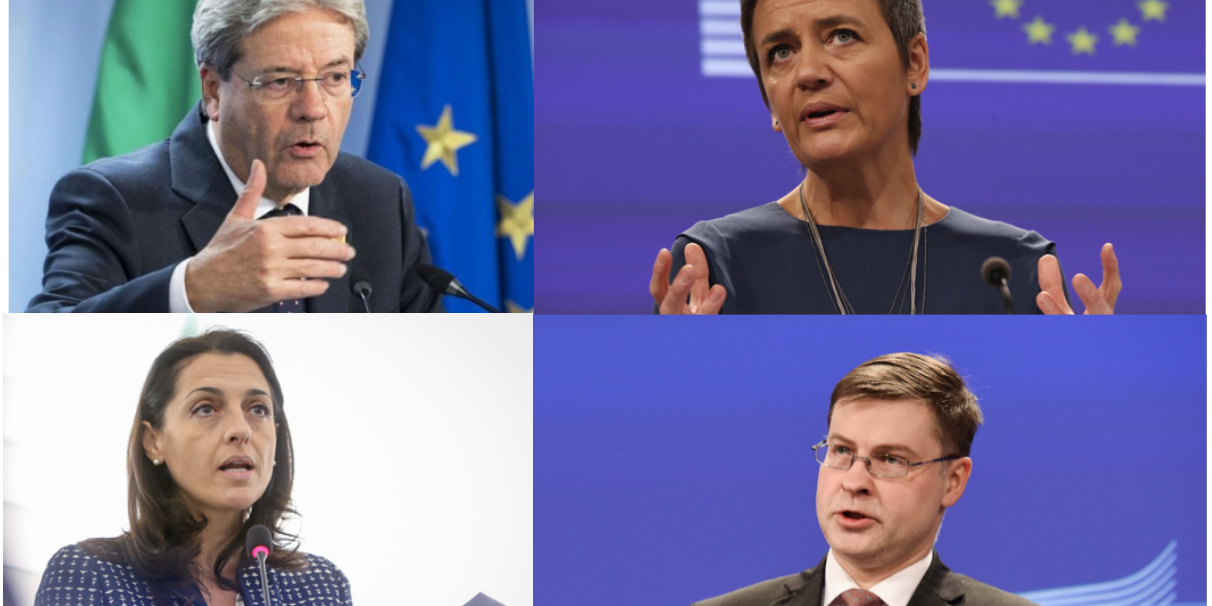 Following last week’s meeting with the Coordinators of the ECON Committee to discuss the Coronavirus emergency, it has been decided to begin a series of meetings between the ECON Coordinators and the Presidents of the main European institutions that are engaged in tackling the economic implications of the pandemic.

Below the full text of my speech:

I would like first to thank Vice President Vestager, Vice President Dombrovskis and Commissioner Gentiloni for accepting such an invitation from the ECON Coordinators on such a short notice basis. I hope all the participants and their relatives are fine under these very dramatic circumstances.

As ECON Committee we believe that it’s important to keep a constant dialogue among European Institutions in this framework, and indeed this is the first of a series of Video-Conference meeting we are holding.

We all know where we stand: we are facing a strong and deep crisis that is touching all our lives. It is different from any crisis we have experienced before as now it does not start as a financial crisis that hits one or two member states, but as a health crisis that hits all the countries although with different speed and intensity. Governments and the Commission have undertaken very strong measures to limit the contagion of the virus, but this health crisis is expected to have also a very strong impact on the economy of all States. Industry is already being affected and we see shocks on the supply side, but it will probably not stop there.

If we do not act quickly and strongly there will be a cascade effect: the supply side shocks will cause unemployment problems and a demand crisis, and all of this will have repercussions on the banking and financial system, and, of course, on sovereign debts.

Another problem to take into consideration is that a crisis born as a symmetric one will probably end up having very asymmetric consequences.

The European Union showed resilience in the last crisis, and was able to implement strong reforms at the level both of the Union and of Member States. However, European measures arrived very late, and it took us almost ten years and enormous sufferings before getting back to normal: today we should not make the same mistake.

That is why in this meeting we would like to discuss what the European Institutions can do in order to make sure that there is a genuine and truly European answer to this crisis, which is fast and proportionate to its severity.

From the Euro Area perspective, we welcome the first measures of the European Central Bank, but we all know that the monetary policy alone cannot be sufficient, it needs to be complemented by fiscal measures and macro-economic tools. In this regard, we should make sure that our measures are consistent and coordinated in order to protect our Union as a whole.

In this framework, Vice Presidents and Commissioner may highlight how the Commission intends to proceed in order to make sure that the European economy keeps a consistent and convergent path among Member States over the crisis and the recovery, avoiding any divergence in this path.

Finally, it is now the time to start thinking about the aftermath. We should work all together, and the Parliament is ready, in order to make sure that all Member States, the Union as a whole, are on the condition for a rapid recovery afterwards.