The fake debate around ESM and the resources to move forward 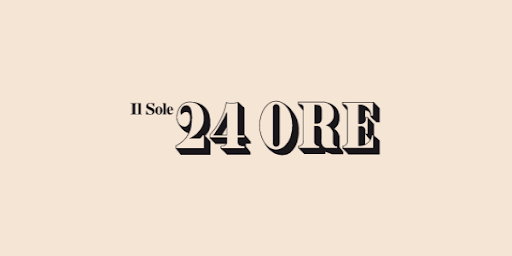 “Politics has its reasons which reason does not know”. This is how we could paraphrase the rather surreal debate that in Italy rotates around ESM. For months oppositions have campaigned on the idea that the ESM is like an axe, a trap created by nordic countries to strangle us. And curiously, not even the agreement reached by the Eurogroup on a line of credit without conditions has defused the criticisms, on the contrary. Immediately new conjectures emerged on the “new traps” hidden behind the agreement: some believe that the “macroeconomic” administration would be triggered anyway after a while, others argue that the “conditions” could be introduced at a later stage by “hostile” countries.

This last point would be based on another regulation, part of the so-called “two-pack” according to which the Commission (not some States!) could propose to the Council a revision of the macroeconomic conditions which have been applied to a country which has had access to the ESM precautionary line of credit. Besides the unlikeliness of a scenario in which the Commission (with an Italian Commissioner for Economic Affairs) and the Council (or the same Member States that have unanimously and publicly decided to create a line of credit without conditions) would change their minds straightaway, some other unclear technical aspects remain. If, like the Two Pack states, a precautionary line of credit does not necessarily mean the subscription to a program of macroeconomic adjustment and if the Eurogroup agreement clearly specifies that the new precautionary line of credit must not be tied to macroeconomic conditions, it seems hard to understand how the Commission and the Council could, at some point, modify the conditions of a non-existent programme.

This is what strikes about the ESM debate: the vehemence and the assertiveness (often based on partial or fallacious premises) with which the agreement, which is still to be perfected, is described and attacked. It is striking to witness the heat and the urgency with which some seek to build a political preventive call to arms on something which is still being defined.

In a normal country the debate at this stage should revolve around: the definition of the details to be negotiated and the commitment to compare options, evaluate rationally the various alternatives for the common interest. Instead, in Italy, details are hypothesised, mixed, interpreted, at times invented and, most frequently, exploited to transform them into a political weapon against the Government. Almost betting on our demise.

Viewed from Europe, such a polarised debate is shocking, as it does not exist in any other country. Not even in those countries which, theoretically, should be scared of ESM much more than us, because they have been through it already, like Spain and Portugal.

A serious political class knows how to evaluate the pros and cons of any option on the basis of the situation in which it finds itself and the available alternatives. It is important to make such evaluations with the right timing, realism and rationality. Italy is a great country, it has a solid productive and industrial ecosystem and all conditions to rise again, but it cannot ignore the fact that it has entered into this crisis with an already high debt, almost zero growth and few margins to act. For the moment, also thanks to the umbrella of the ECB, we are managing to face the crisis with strength and credibility and to finance ourselves easily on the markets. But the 2011 experiences teaches us that this could change rapidly, especially if the Italian politics were to give the impression of acting chaotically, fragmented and unable to decide. The unity and trustworthiness of our political system will be fundamental to maintain a positive framework.

For this reason we need to leverage this period to do three things. First, continue negotiating so that the breadth of European instruments available is as ample and wide as possible. Second, evaluate rationally all options without conceding to emotional or propagandist reactions. Finally, we need to work at home on a recovery plan supported by all political forces and civil society: we need to work united so that every Euro spent in aid, from whichever mechanism, is spent exactly where it is supposed and needed, identifying the priorities to kickstart the economy, avoiding delays and wasted resources. No instrument of European funding can help if the country will not be able to work together to channel those resources made available.

All of this can be done if the political establishment finds the reasons of rationality and common good and if all keep in mind that playing a disruptive game could help from an electoral perspective, but governing the rubble will be nobody’s victory.